We are a Brazilian Jiu Jitsu Academy founded in 1996. We teach Brazilian Jiu Jitsu (BJJ) for competition or recreational purposes (gi and no gi), for both adults (men and women) and children (5 and older). We also have judo, mixed martial arts and wrestling classes. We are driven by a genuine interest for the well fare of our students, empowering them with tools that will be of benefit not only in BJJ but also in different aspects of their lives. Our students not only have been successful in local and international tournaments, but also have been able to achieve their personal and professional goals, thus supporting our school philosophy. Having learned BJJ from the founders, the years of the academy on business (over 23), our emphasis on continued education, the possessed knowledge in a variety of other martial arts and focus on the well-being of our students, makes us the leading BJJ Academy in Puerto Rico. Visit us and become part of the Behring Brazilian Jiu Jitsu Puerto Rico (BBJJPR) family. Join the BJJ history and start feeling healthier while at the same time learning valuable and useful skills.

I started doing boxing when I was approximately 8 years old. By the time I was 11 years old I found a Chinese Kick Boxing academy. The instructor of the Chinese Boxing academy (Master Kiko Seda) was associated with a Jeet Kune Do (JKD) instructor (Celso Davila). I started learning JKD in addition to the Chinese Boxing. Part of JKD was the grappling arts. Learning my first lessons of grappling from the JKD style, I noticed that it was an effective martial art. For a period of time while studying in Mayaguez I had the opportunity to train with Chinese Kick Boxing instructor Jose Perfume. In 1992 I resumed my training in San Juan in JKD with Celso Davila. In 1993, I saw the first UFC where Royce Gracie submitted all the fighters using Brazilian Jiu Jitsu (BJJ), a new style of fighting introduced by the Gracie family, Helio Gracie being the founder. From that point on, I wanted to learn BJJ. In 1995 I went to train in the Gracie Academy located in Los Angeles CA. In the academy I had the opportunity to learn with Helio Gracie, Rorion Gracie, Royce Gracie, Rener Gracie, Ririon Gracie , Ralek Gracie and Rickson Gracie. In 1996 I met Luis Santiago (Co-worker). Luis (trained in Karate) also saw the Gracie’s beating everyone in the UFC. Luis suggested for us to train together and we did. Luis bought the Carlson Gracie BJJ videos and we trained with the videos learning the techniques. It is during this time that we decided to open our BJJ academy. I got my blue belt in the Gracie Academy in 1997. By year 2000 I was a blue belt with four stripes.

In 2000, during the process of coordinating a seminar by we had the opportunity to bring Gran Master Flavio Behring. Flavio visited us in 2000 and since then he has been our main instructor and mentor. I received my purple, brown and black belt from Master Flavio Behring. In 2006, Master Flavio presented me and Luis Santiago the black belt. In 2005 I received my instructor level in JKD. Since receiving my Black Belt I have received my first, second, third, and fourth BJJ black belt degrees. I have traveled many times to Brazil to train with great champions like Fabricio Werdum, Mario Reis, Marcio Corleta, Terere, Jacare, Andre Galvao and many others. In Puerto Rico we brought the first world champion to the island, Marcel Ferreira (Carlson Gracie Team, 1997 World Champion). We also have brought the following world champions to train with us: Mario Reis, Dustin Denes, Clark Gracie, Leo Iturralde, Francisco Iturralde, Lucas Lepri, JT Torres, Johnny Gui, Mike Perez, and Marcos Torregrosa (technical lead for the team and helping us to improve our BJJ competitive level so we can be recognized as most technical academy in the island). In addition to these champions Master Sylvio Behring has also visited our academy. 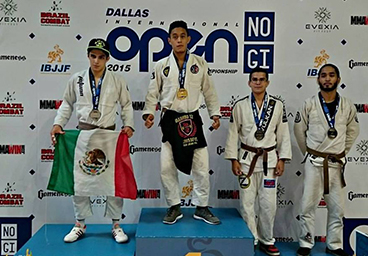 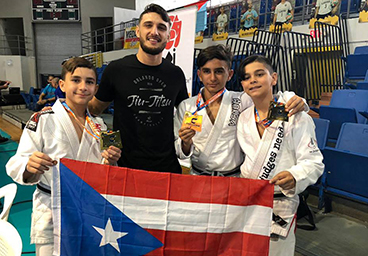 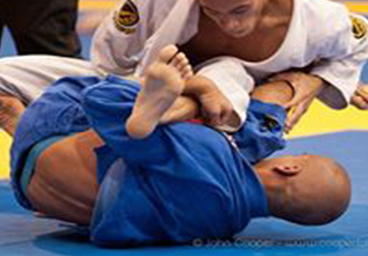 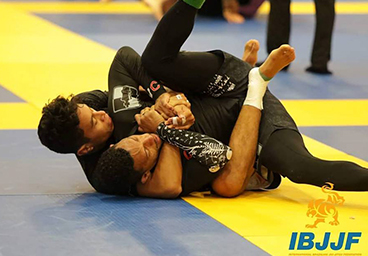 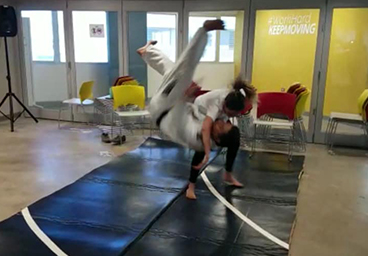 Extensive experience competing in Brazilian Jiu Jitsu tournaments and a record of 8-0 in Mixed Martial Arts.

Over 34 years of experience in martial arts. Black Belt in Judo and Brown Belt in Brazilian Jiu Jitsu. Also Black Belt in Karate Golu-Ryu. Experience in other arts such as Aikido, Khali, Tae Kwon do and Kobudo.

Judo National Champion for three years in a row. 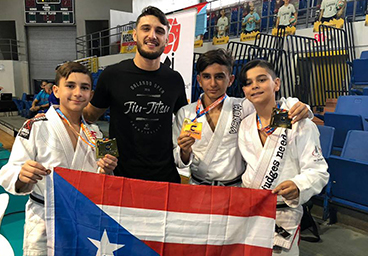